So you all know how I, (ad nauseum) go on and on about how I’m not this enough or that enough.  Well, the universe has a really interesting way of  pulling us up out of what my friend, Ed calls “the warm, shitty place” I got called into a meeting with my supervisor the other day, because for several months, I’ve been prone to emotional outbursts at work. I say several months with tongue in cheek, because, let’s face it. Anyone who’s ever met me, knows I’m prone to emotional outbursts preceeded by months of muttering under my breath.  But now, I’m blaming it on vertigo and menopause. Well, after the obvious warnings about unprofessionalism, blah, blah, it turned into a less than stellar performance review. What the…?! I knew I was unhinged, but I though I was doing a great job!!  Isn’t it worth the emotional instability, being that I am so %#^*ing great at my job?  Well, no…and I’m not. After 24 hours of feeling defensive and wronged…mutter, mutter, mutter…I had to accept the truth. I have all of the tools to be great at my job. To be a great actress, if that’s what I wanted, to be a great jeweler, a great writer, a better wife. All I have to do is get out of my own way.  One of my acting teachers said to me once, you give a great 75%.  I got it. But it didn’t stick. I’ve given a fine 75% to everything I’ve ever done. And I think I’m getting away  with it. Until I’m not. Then I’m pissed and defensive, and prone to emotional outbursts. And really, the person I most want to yell and scream at is myself…”Please, once and for all, get the %#^* out of my way!!!” 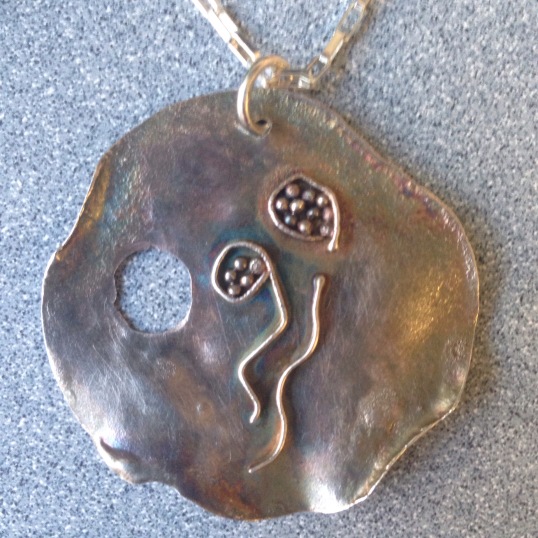 It has occurred to me as I have navigated these last 12 months from birthday to birthday , from peri-menopause to menopause, that I have not been as light-heartedly entertaining as I have been in the past. Perhaps I have dragged you kicking and screaming into the workings of my  anxious mind, a place you’d rather not visit.  My first instinct is to apologize and try to smooth things over. To make a joke, to ask for forgiveness.  But, I’m not going to. You bought the ticket, you take the ride.  Ultimately, I write for me. To help me. To guide me to a place of peace. And it’s quite possible the instincts to make peace, to calm the choppy waters, got me here in the first place. Like my mom before me, when the seas get a little stormy, I  work so hard to convince myself,  and others, but really myself, that everything is ALRIGHT!!  Somewhere in my youth, I decided if I wasn’t good enough, I should keep very still so as not to rile up the airwaves around the popular kids cause you know the minute they look in your direction,  you’ll be doing something hideously embarrassing. And they’ll notice you, alright. And not in a good way. So I  have been sitting, waiting for the point in my life when I will have that epiphany where I wake up and think…”Alright!! Now,I am finally good enough!” I sit and mutter under my breath, occasionally screaming and carrying on and cursing the heavens, and I wait. I look back with regret that I didn’t do this or that, because I was too busy sitting… waiting for someday. When I would be enough. So at 57, my ass hurts, and my left foot is asleep and my thighs are sticking to the plastic slip covers.  I look at my beautiful nieces and wish I could go back and be armed with all of the poise and potential and possibilities they posess. They have their whole lives ahead of them. It would not be untrue to point out that I have my whole life ahead of me. Enough is enough.  For everyone out there who believes that they aren’t enough, you are. More than enough. So, get off the %#^*ing sofa! 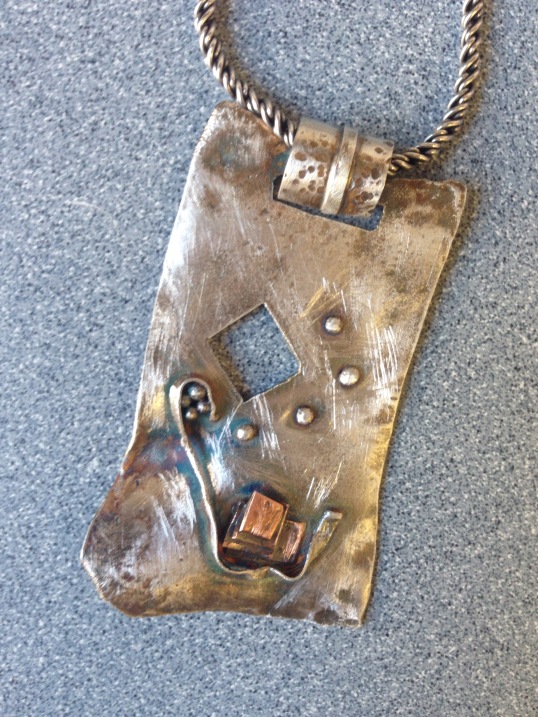 Yesterday was my anniversary. No, not my wedding anniversary. It was one year ago that I had my last period. Yes, my friends. Menopause. Defined as occurring 12 months after the last period and signaling the end of menstrual cycles.  Now, being that I am quite a few years older than average, I was more than ready for this momentous occurance. Yep, yep, yep. More than ready. Never had any symptoms, felt perfectly fine, no period.  This is  %^#*in’ great!!! Until about 6 months in.  All of a sudden, I’m hot as hell, I can’t sleep, I look like Karl Malden, and I think I’m growing a beard.  Now, wait a minute. Do you ever see Karl Malden in those comercials for relief from menopause symptoms? No. You see beautiful, older women who refuse to take vaginal dryness and painful intercourse lying down! Because, damn it! They no longer need to use condoms! They’re gonna have sex whenever, wherever they want to! Now, I can only speak for myself, but between the Paxil and menopause and the beard and Karl’s nose in the mirror, I don’t care if I never have sex again. Where’s that woman in the damn commercials?  I had a dream the other night that my husband left me for a younger, prettier, less selfish woman who dusted, and actually wanted to have sex once in a while.  When I told him about the dream, he laughed in that low, sweet, endlessly patient way he has and said, “Tranquila, Mama, estoy aquí contigo, siempre”. I am here with you forever. Than he whispered, “Te quiero, Karl, er…Caryn”.