One of the things I’ve always had tremendous issues with is my inability to let things go and move on. I’m called out on something at work and I’m convinced I’m going to lose my job. I spend the next 24 hours defending myself, (in my own head, of course), against slings and arrows and people out to get me. I’m convinced I’m never going to find another job and I’ll spend what’s left of my life living in a cardboard box in the subway. I have never learned to let disappointment and envy go either. A few years ago, I got back on stage when my Synagogue started a theater company. It has been such an amazing gift. I’ve been lucky enough to get the roles I auditioned for and it is one of the few places I feel good about myself, my talent, all of the things that seem to elude me in the real world. This year is no exception. I don’t have a huge role, but it is a memorable one and I’m thrilled. But. Due to a rewrite of the show since it was on Broadway, there’s a little part of the show, a mere 5 minute trio that my character was part of in the original script that has been written out. Truly, this rewrite doesn’t make the part any less hysterical, but that bit made it perfect. And I’m surprisingly upset about it. No. Not surprisingly at all. Who am I kidding? I’m pissed. Devastated. Distraught. They wrote out my shtick! I’m beside myself! See where I’m going? It’s ridiculous. It’s 5 minutes that nobody but me gives a sh^%#* about. And guess what? Tearing my hair out isn’t going to change a thing. Except I will then be bald and upset. And fat. Because let’s face it, Disappointment is nothing without a big bag of M & M’s to wash it down with. Not getting exactly what we want is a part of life. If we are lucky, it is the worst part of life. Life is full of spooky stuff, especially as we get older. Stuff that will make disappointment look like a big bag of M & M’s. Ya know, if I go back through the years I’ve been writing this blog and randomly go through a couple, I’ll probably find that I was whining about the same issues back then. Fear, Disappointment, M & M’s, blah blah blah. Now that’s spooky. 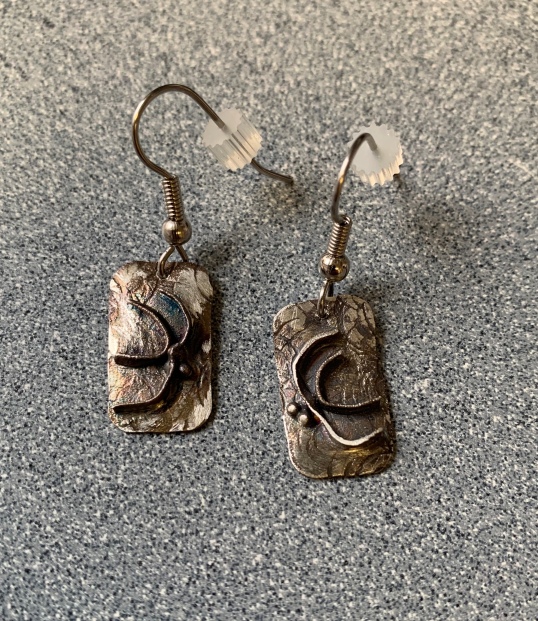